Was checking logs on the pfSense and they're heading out to the CG. Which services need to be running on the CG.
Current output.

Added the subnet to "Transparent Networks" under Network > Main Settings and that seemed to have done the trick.
Top

Actually you mentioned this:

Which is not exactly the same as the network topology we used in our lab. Does it mean that in addition to this your pfsense is directly connected to your ASA ? I mean do you have the following (the difference between your topology and ours is in red):

Below firewall rules that we used in our lab. 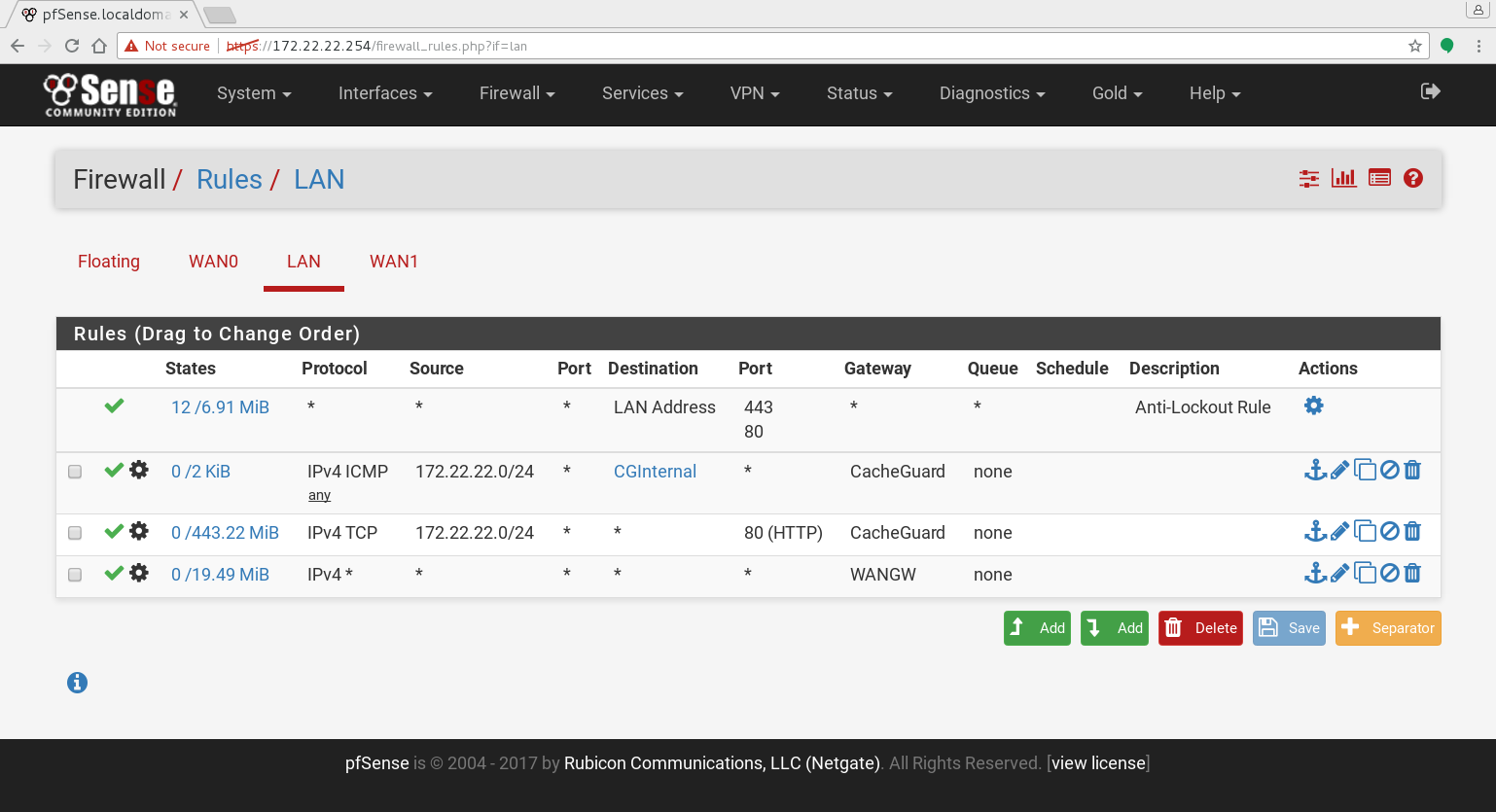 Used to be a routing nightmare, but I've been doing cleanup since I got here (8 months ago). Really liking the product. Next step, SSL Mediation.
Last edited by eb_ottawa on 25 Jul 2017 18:31, edited 1 time in total.
Top

Your configuration seems to be good. You can turn off the dns mode if you don't use CG as DNS for other machines.
David Jan
CacheGuard Technical Team
https://www.cacheguard.com
Top

Thanks for all the help.

So yes, next step SSL Mediation then HA... COO approved purchase, so it's good to have a great forum here with staff replying promptly as documentation on the low side.
Top

I'm happy to hear that it works now. Please note that for security reasons it's preferable that your turn the Audit mode off once you finish your tests.